If your home goes up in flames, you expect that your homeowner's insurance will cover it. What may surprise you is that some causes of home fires are not covered! Before something happens to your home that involves fire and you breathe a sigh of relief believing that you are covered, check the following list of covered and not-covered causes of home fires:

Lightning strikes are covered because you cannot prevent, control, or predict lightning strikes. They are considered "acts of God", which are the primary reasons for home insurance. A fire marshal's investigation into what started the fire in your home will prove your claim of "fire by lightning strike". Be sure to include that report with your insurance claim.

If you are like thousands in California who have recently been evacuated because of wildfires and have lost your home to the ravages of wildfire, you are covered. Wildfires consume everything in their paths; they are unstoppable forces of nature, even though firefighters battle them for hours, days, and even weeks. When the wildfires finally burn themselves out, or the firefighters successfully put out the fires, your insurance company will cut you a check to rebuild.

Every year, thousands of house fires erupt because homeowners leave candles burning and unattended. Worse still are the cases where people foolishly leave candles burning all night while they sleep. If a fire marshal investigates your fire and determines that the cause was an unattended candle, your homeowner's insurance is not likely to cover that at all, since it was you or someone else in the home that put the home in jeopardy. The best thing you can do here is to avoid burning any candles you do not plan to blow out within twenty minutes of lighting them (e.g., birthday cake candles or candles over dinner), or not light any candles at all.

If you have a fireplace, you probably love a toasty, crackling fire in winter. However, as a homeowner you are responsible for chimney cleanings and maintenance. An exploding chimney is often the result of several layers of old creosote built up on chimney walls that has been ignited and has nowhere else to go but up and out. Insurance companies may view this type of fire as "maintenance failure" and refuse to pay on a claim. Keeping the chimney clean will prevent this type of nightmare. 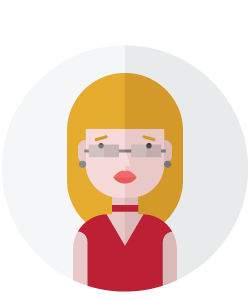 Auto insurance is one of the costlier aspects of h …

If you are looking for a new motorcycle insurance …

As a new graduate, you're probably thinking about …

If you're a commercial trucker and want to be prot …